The United States of America is a North American country which primarily worships Christianity as a common religion. However, it has no state religion.

This means that in spite of these protections, it is entirely possible for stores, theaters, and libraries to all refuse to sell or distribute a given work; a copyright holder might just choose not to bother and not release the work. The Federal Communications Commission (FCC) technically "owns" the radio and TV airwaves and has a big say in what can be displayed on those channels. Its criteria for doing so are not made public, and it decides these things on a quasi-judicial basis — i.e. it has precedents and relies on those to make decisions. This setup means that the only way to know what the FCC doesn't like is to break its rules. Most networks will self-censor to avoid bans, viewer complaints, and possible FCC fines.

Historically, there were even more avenues to ban or restrict content, such as the Hays Code and the Comics Code. These were self-censorship bodies, though, and as more and more works started to push the limits of what was acceptable, such bodies have gone by the wayside.

Between July 1, 1934 and November 1, 1968, the film industry was regulated by the Motion Picture Production Code (also known as the "Hays Code", named after its ideator, Will H. Hays, who was the president of the MPPDA between 1922 and 1945), which restricted certain sorts of contents present in movies.

There is no official government group that censors movie, but multiple TV stations do censor movies to align with network standards, and some movies are censored in order to get certain MPA ratings.

All of Conan O'Brien's work for the NBC was withheld from distribution for nearly a decade by the network after a messy screwjob involving the hosting position for The Tonight Show.

Some examples of censorship on PBS kids are:

Certain games have been censored by their developers or publisher in order to get a certain ESRB rating, or in order to make the game more family friendly and less controversial. 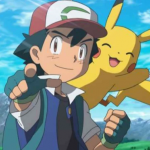 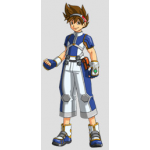 At the moment, we have 1,309 pages, but make sure to focus on quality over quantity!